Shopping Cart
Your Cart is Empty
Quantity:
Subtotal
Taxes
Shipping
Total
There was an error with PayPalClick here to try again

Thank you for your business!You should be receiving an order confirmation from Paypal shortly.Exit Shopping Cart

The Hexenmeister and the Hexologist, Johnny Ott and Lee R. Gandee

Its very clear that Lee R. Gandee, author of STRANGE EXPERIENCE, AUTOBIOGRAPHY OF A HEXENMEISTER, was also a master of Hex Sign magic. He refers to Johnny Ott in his autobiography, even though Johnny was in Berks County, Pennsylvania and Gandee was in South Carolina,

His book is filled with Hex Signs that he created, Several of the designs may have originated from Ott, the self styled Professor of Hexology.

Its possible that Gandee got a hold of a copy of Jacob Zook's , HEXOLOGY, THE HISTORY AND THE MEANING OF HEX SYMBOLS. Johnny Ott wrote the forward:

"Its been going on for centuries, that many tribes have believed in what today is called Hexerie, Hex, and today alot of it is called faith, good fortune, breaks, and good luck. The Hex is of course Penna. Dutch, now called jinks.

While we believe in it in some form or another, for instance cross fingers, knock on wood, under latter, etc. Just about everybody has goodluck pieces, charms, medals, lucky days. Religious people wear medals, statuetts for faith, poker or card players change seats and decks, when Friday falls on the 13th, the USA does fifty million dollars less business, the people just don't travel, spend or try new enterprises that day. And why don't hotels thave thirteen floors, because people think they are Hexed."

He goes on to say,

"I went fishing up to Sandy Eddy along the Delaware River above Easton PA with a Joseph James a retired cement worker. The fish weren't biting, I ask Joe whats the reason he said we need rain. So I took Joe a rain sign up told him to put it out when he wants rain, when enough take it in, he went away and left it out, the rain come and washed away the shed where the Hex was on and did 5 million dollars along the Delaware River 1955"

"Johnny Ott always liked to tell of a flood in the Delaware River that did $5,000,000 damage merely because one of his ordinary rain signs was left out after the rain started. I certainly would not want to leave the one I drew outside after the rain began-and because of the lightning drawn on it, I wouldn't want to go out and bring it in, either." page 219, STRANGE EXPERIENCE 1971, Prentice Hall 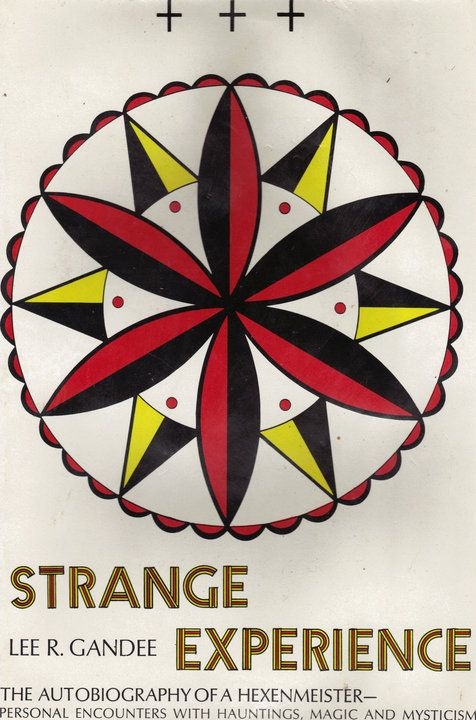 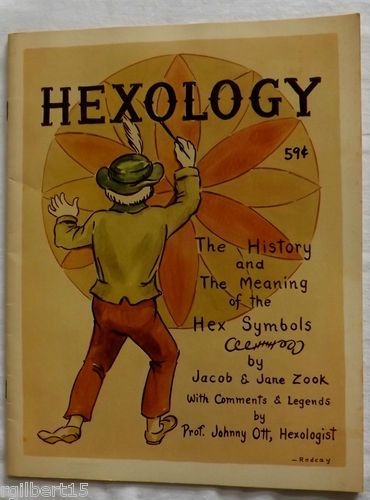 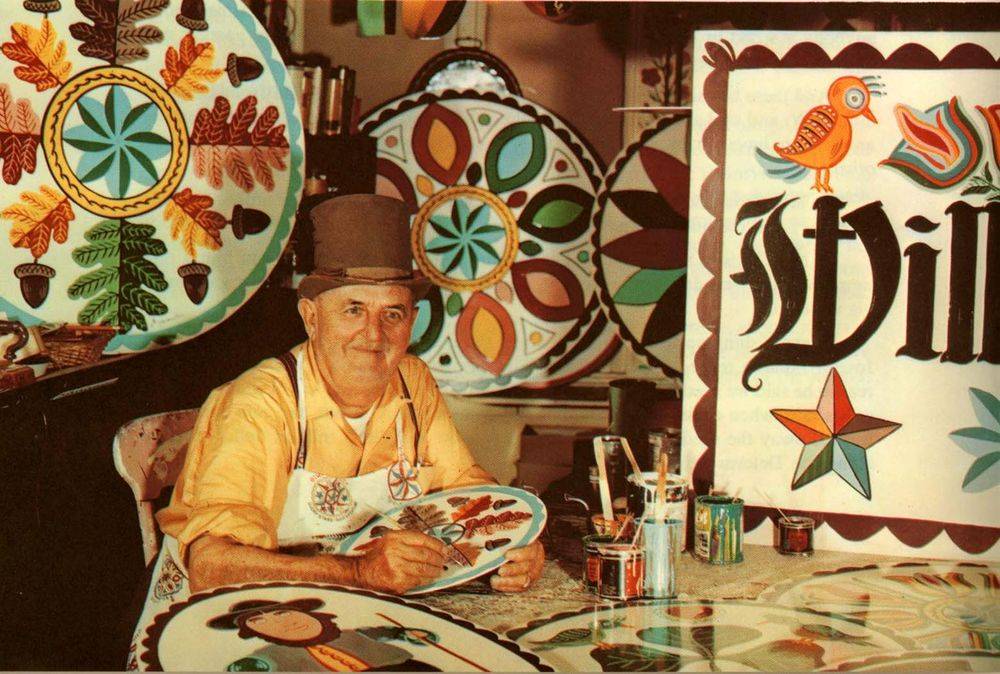 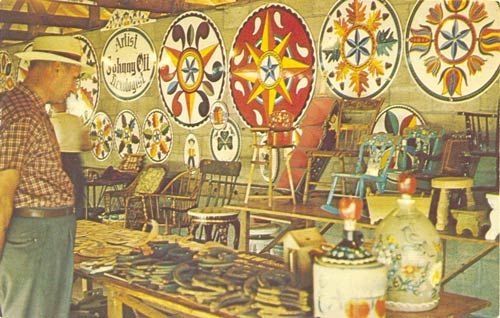 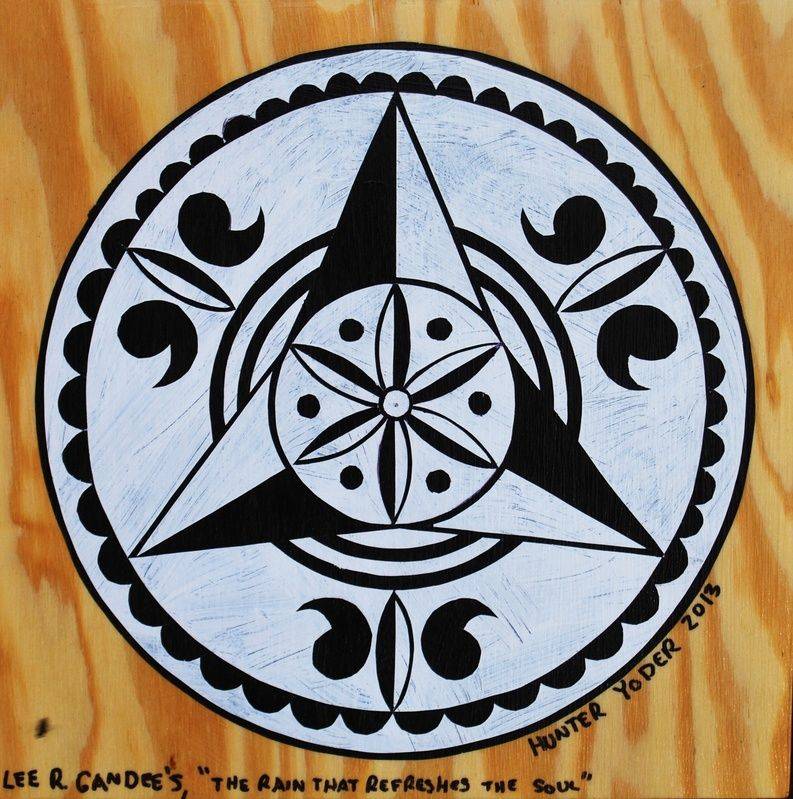 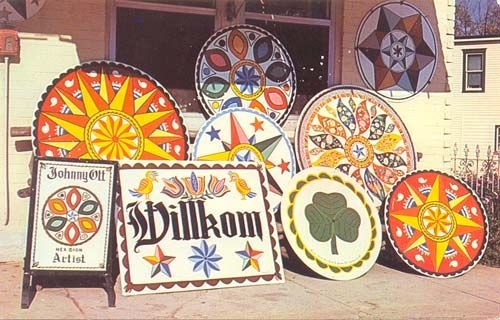 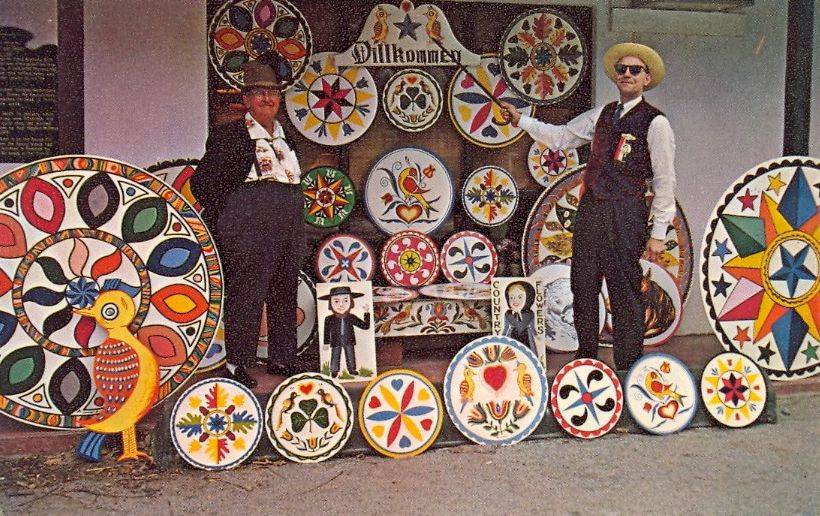 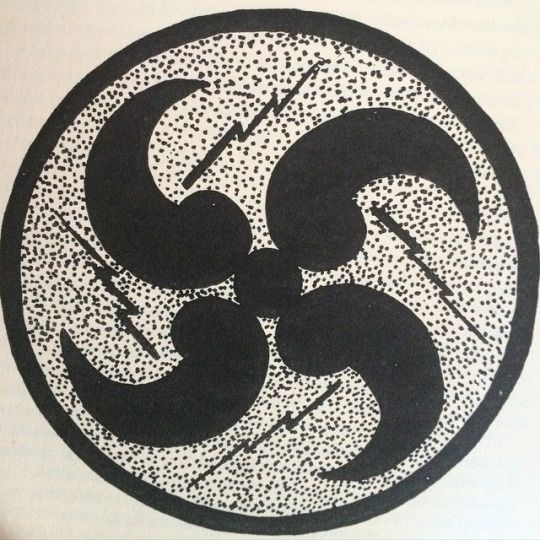